I laughed and laughed reading this. 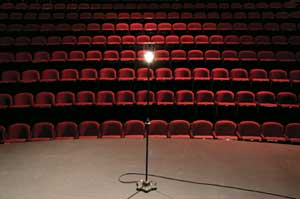 I saw on FB that today is a very big birthday of Peter Michael Goetz, one of the shining actors in the Golden Years of the Guthrie Theater. Although Peter has acted on TV and movies, I think of him as a stage actor. From an acting intern at the Guthrie to Broadway, from small parts to playing leads, from comedy to intense drama. A wide range of roles and captivating in each of them.

This is one of my favorite memories of Peter on the Guthrie stage where he not only played the male lead, he also almost acted as the head usher…albeit it doesn’t portray his acting skills as much as it is an example of why working with him was always fun.

It was a Wednesday matinee of Arsenic and Old Lace, at the Guthrie. There was a large contingent of senior citizens.

One thought on “ARSENIC AND OLD PEOPLE”