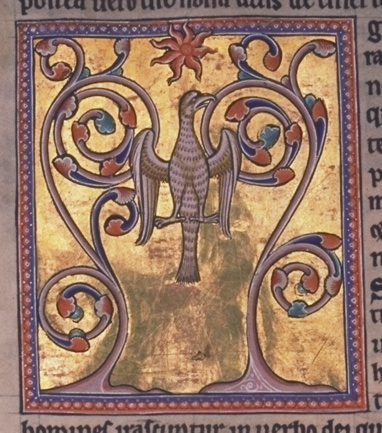 The summer rolls on, and I’ve been enjoying watching my garden burst into great, colourful blooms.  The roses have a short but beautiful life cycle, their brilliant reds and pinks quickly fading and curling up into shriveled brown petals, only to be replaced by more.  Yet this greenery is not timeless, and autumn is just around the corner.

In the Old English poem The Phoenix such a world exists.  It is paradise, ‘neorxnawang’, the home of the mythical bird.

The Phoenix, a poem thought to have been composed during the ninth century, is from the Anglo-Saxon Exeter Book.  The phoenix’s homeland is removed from the earthly…

The wedding was that of Herbert L Crowley to Nellie Fawcett in Cambridge Massachusetts. This was very much a traditional formal wedding as still happens today 100+ years later. Very formal with ushers and bridesmaids and a maid of honor. And even a ring bearer. Descriptions of what the Maid of Honor wore and of course a detailed description of the bride’s gown. The bride was given in marriage by her father. A Retired Reverend performed the marriage ceremony. The bride and groom had been very active in that church for a number of years and had been particularly friendly with the Minister in the years preceding his retirement. The ceremony was followed by a reception at the home of the bride’s father. After an extended honeymoon the couple would make their home in West Somerville.