In searching for more information about my ancestors,I find that one of them, a female, was burned at the stake.  She, Lady Margaret Oswald, was my  13th  Great Grandmother.  She followed the Lollard faith, which was considered heretical in the 15th century.  She was born in 1448, died on December 12th 1476 in Cambridge England.  Death at the stake was not a new form of execution.  But it was persistently used in the 15th and 16th centuries. Many many men and women suffered and were executed for their faith in this horrific manner in earlier times 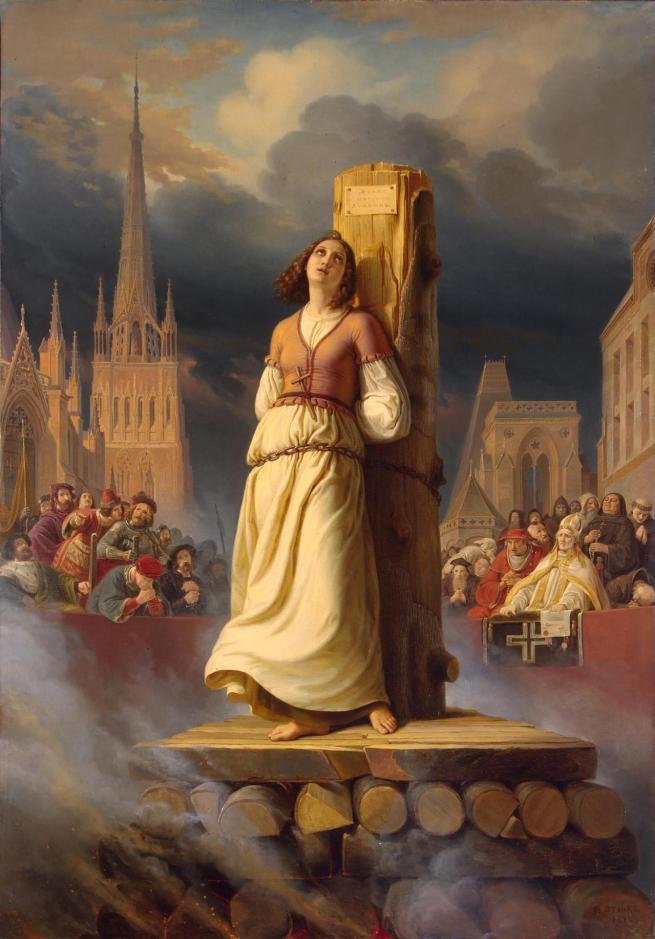 Joan of Arc  (credit to Wikipedia)

7 thoughts on “Scene of Horror”