I made a grim discovery today in my genealogy. Another ancestor was burned at the stake. his horrible death occurred on July 15th, 1627 in Smithfield, London. I don’t jnowwhat her crime was – witchcraft? religious beliefs?

I have a lovely picture of my Aunt Ruth as a young girl/lady. No date is given for the photo. She was born in 1888 and lived a long life, marrying twice and living to the age of 97. She was born in Peoria Florida as her parents spent 10 to 12 years there for reasons of my grandfather’s health. The family returned to their base in Ohio when my grandfather became terminally in 1898. Aunt Ruth would have been about 10 years old when her father (my grandfather) died.

So she spent the remainder of her formative years in Newark Ohio. She became a teacher and taught school in both Newark and then Indiana. In Indianapolis Indiana she first married John H. Hilkene, a widower with one child. She was 42, he was 55. This was in 1923. He subsequently died in 1930. One thing that struck me about him is that he served in the Spanish American War in 1898, and he also served in the 1st World War. He was very active in the American Legion in Panama. He (they?) were living in Panama when he became seriously ill and subsequently returned to Indianapolis to die.

Five years later in November 1935 she married James S. Milligan in Indianapolis. (Her younger brother my father married for the 3rd time in December 1935). She was in her late 40’s when she married James. He was a widower with 2 children.

At some point she moved from teaching to work as an underwriter for the Sun Alliance Insurance Company. She worked for that company until retirement.

She spent her final years between Indianapolis, Raleigh North Carolina and Florida with her sister Myrtle and her mother, She died at age 97 in 1984.

I might have met Aunt Ruth in the fall of 1948, but I doubt it. I was 11 years old when my sister Ruth and I went south (by train) to Raleigh North Carolina to visit our Grandmother and our Aunt Myrtle. My only recollections of that trip are in photographs and my only real memory is of the suit I wore – a lovely brown and white suit and so-called sport shoes.

Why would Aunt Ruth have been there in North Carolina – possibly visiting her sister and mother? Doubtful, I’m sure she was busy enough in Indiana.

Benjamin Franklin’s mother lived on Nantucket. Her maiden name was Abaiah Folger – she was the daughter of Peter Folger and Mary Morrill.

I have written previously of the ethnic diversity of my friends during my growing up years in Belmont Massachusetts, a close suburb of Boston. We lived about 7 miles from downtown Boston. From my home it was only a trolley ride to Harvard Square and then a subway ride to Tremont Street in downtown Boston.

Belmont residents represented a map of Europe. In many cases it was the parents or grandparents who had emigrated to the United States in the 1880’s or early 1900’s. Some residents could trace their ancestors back to the earliest settlers. (My family for example.)

I wrote recently of the passing of one particular classmate in junior and senior high school. He was Marvin Zonis. I wasn’t aware of his religion but I now read that he was Jewish and his parents had immigrated from Russia in the 1920’s. A fascinating background compared with my white Anglo-Saxon heritage going back to England and the Mayflower.

I remember that he and another Belmont High School student, Ella Swartz, were very keen on each other. After graduating from Belmont High in 1954, Marvin went off to Yale and Ella to Wellesley. In the February 9 1957 edition of the Boston Globe their engagement was announced. I now read that they did marry but subsequently divorced.

This is a snippet of a memory – I wonder if it’s true. My sister Ruth once told me that when our brother Bob was 12 years old, our father put him on a train going to Chicago and asked the porter to look after him and be sure he returned. I’m not clear whether this was in Boston or New York. I wonder………. July 20 would have been Bob’s 96th birthday, sadly he died at age 67 in June 1992. He is buried in the grounds of the Episcopal Church in Rutland Vermont, where he and his wife Lillian were married in 1953. Lillian is buried there also along with her sister Dottie and her parents. Rest in Peace Bob, Lil, Dottie, John and Cecilia

The baby pictured above is my mother, born April 7, 1912.   holding her is her father Alfred William Friend.  He was age 38 and already the father of twin daughters born 1907, a year after he married May Belle Willis   They married twice in October 1906, a marriage in Boston and a marriage in Minneapolis.  Red tape when you move and get married at the same time.

A young dad – my grandfather Alfred W. Friend with his 3rd daughter Dorothy, a newborn in April 1912 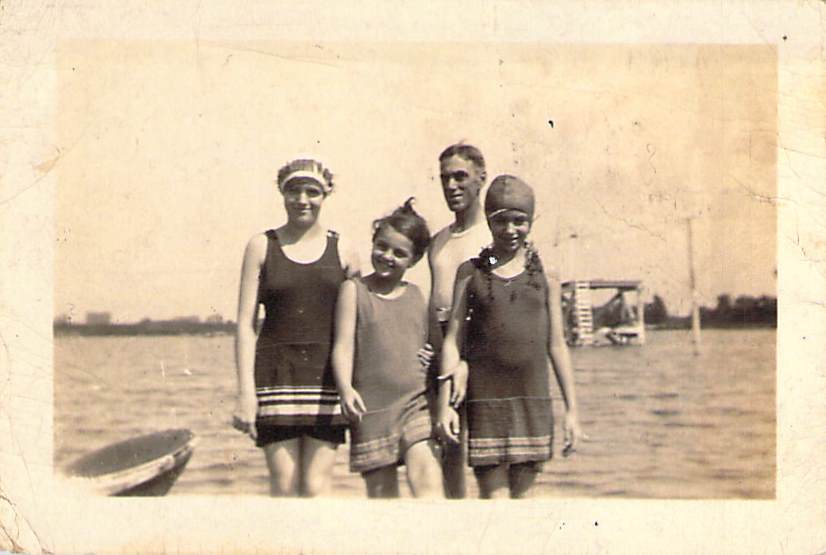 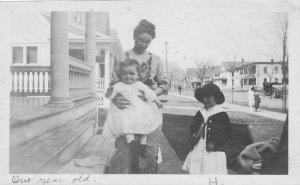 Grandma Friend as a young mother in Minneapolis Minnesota.  She is holding me as a newborn and one of the twins is standing beside us.   1912

My mother and her sisters and their dad.  Omaha Nebraska? 1920’s

Random views and musings with a sprinkling of idiocy

Cats and Trails and Garden Tales

Write your past for the future