(This was a particularly interesting day for me to read about.  For all the times I’ve traveled to London, I’ve never been to Ascot.)

(It was quite a day.  I have been to London and other parts of England many times but never to Ascot.)

They took the bus to King’s Cross Station But somehow went the wrong way and had quite a tour of London.  They reached Ascot about 11:30.  My mother writes that they sat on the front seat of a charabanc opposite the box of the King and Queen,  She thinks the dresses were too much like garden party frocks.  The Royal party drove up the course at 1 o’clock in an open carriage.  The King and Queen looked just like their pictures.  Other people arrived in coach and four.

The races started at 1:30 and ran every half hour until 5 o’clock.  Beautiful horses. 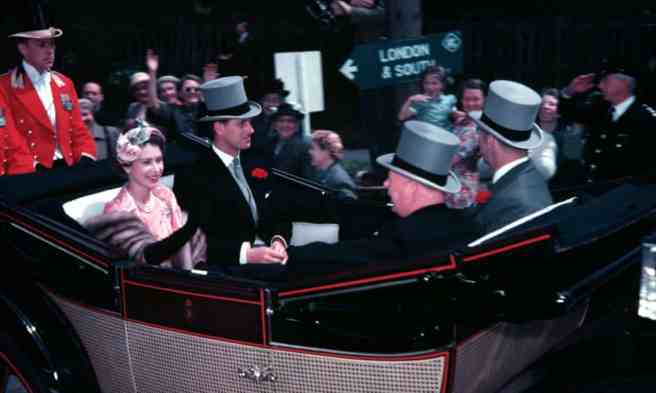