It was cloudy and rainy for them today.  They started at 9:30 and rode through beautiful farm country.  They saw old English, pigs, cows, horses, colts.  They had lunch at The Raven in Shrewsbury. 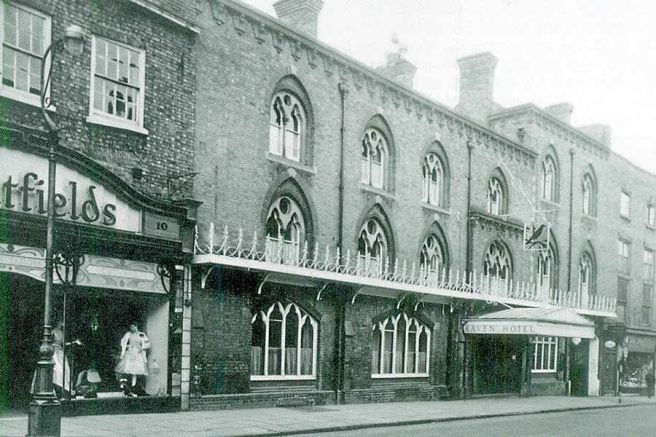 While walking around Shrewsbury she got caught in the rain, which ruined her hat.  She enjoyed talking with a Mrs. Duncan and Mr. Thomas – very amusing – about food.

They went on to Chester to the Queens Hotel.  She walked around Chester and also visited the Cathedral, walked along theRows, and also walked the Walls.

In the evening she played bridge and Russian Bank.

Having just finished my 2nd Maisie Dobbs mystery I’m sharing this post. I love the style of the covers.

IF I ONLY HAD A TIME MACHINE

Throughout the month of April, you can catch up on my posts for this year’s challenge as well as all my alphabet offerings from previous years on my Blogging from A to Z page HERE.

When I read a great novel or a series of novels, sometimes I wish I could step into the book and join the world experienced by the characters. I just know that if I were there, I’d feel at home and contribute positively to the plot. I think it is those characters that keep me returning to works by the same author and even read those same novels over and over again.  For this year’s challenge, I plan to visit those characters we all know and love.  Those characters that we want to step off the page because we know that if they did, we’d be best friends forever. …