Judy – what a wonderful account of the history of your family and the Trumbull house. There are a number of similarities to the old house and farm owned by my sister and her husband in Milforrd New Hampshire.

A piece of the history of Trumbull, Connecticut, is being destroyed.  This piece of history is a house built in 1756. 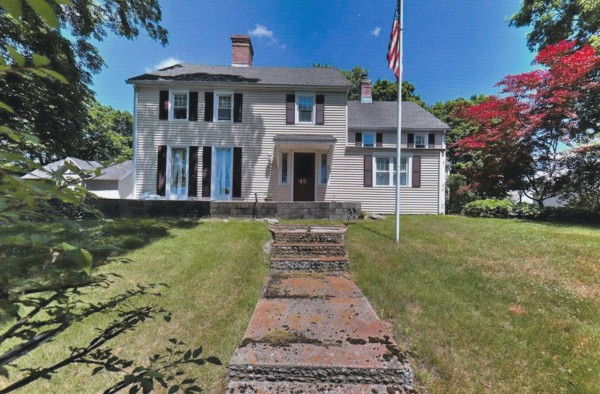 Quoting from a Christmas card sent by my grandfather in 1956, titled “Two Hundred Christmases in Trumbull”:

“This house was built during the French and Indian War.  It was 17 years old at the time of the Boston Tea Party, and 21 Christmases had passed when the American Army found itself encamped at Valley Forge.

It was 32 when Washington was inaugurated, and 41 when Trumbull held its first town meeting.  The national capital was burned and rated during the 58th year of existence and 109 winters had passed at the time of Abraham Lincoln’s assassination.

When the first ship passed through the Panama Canal, this house had been giving shelter for 158 years.