Wartime experience from one who served. 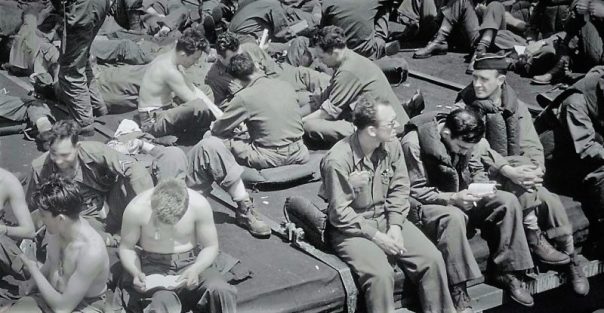 May 1944 – US troops relax laying cards while a troopship takes them to their deployment.

From my father’s description of his transport ship out of San Francisco and the approximate number of soldiers that were aboard, I can speculate that it was a Heywood class ship. As the ship lumbered out to the ocean swells, many of the young men took their final glance of the USA. Smitty thought that his most boring time in the army was while he sailed on this cruise, although he did well in learning how to play cards – as did many other G.I.’s. 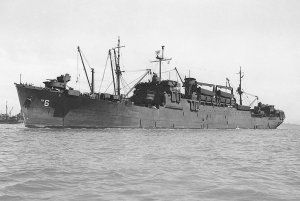 As they boarded, the ship’s crew immediately began enforcing the security procedures. All portholes and hatches were covered and no lights were allowed after dusk. The heat below deck would become intolerable. The arrival of the “ditty bags” filled with toiletries, cigarettes, gum and a harmonica brightened…

A very mixed up dream and a fading one. The components were as follows – Kilternan Market, shopping in Dundrum, return to shopping for a special pair of shoes, high school graduation, dealing cards for a game of bridge with people who didn’t know how to play, the deal kept getting wrong as advertising cards kept appearing, a trip to the bank to deposit a small amount of money, the balance of the money I had was kept as cash for the purchase of shoes with just the right amount of heel, I was dealer for this game of bridge – the players kept changing, the players didn’t know what they were doing nor did I in the end, I kept getting mixed up in the deal. The setting was the old shopping center in Dundrum in Ireland and the bank was just across the street. High school graduation, Janet Higgenbottom the daughter the Principal. A good dream with lots of components jumbled together. Do you -or I – want to analyze it??