Here I am up at 5 a.m. to do some writing. The 300 word biographies are due today. I finished Ian’s a couple of days ago. Mine is somewhat incomplete. The first half is o.k. but the 2nd half needs to be altered. Instead of writing about my work experience I want to write more my other interests.

Nice as life was in St. Lucia, there were lessons learned in how to keep one’s spirits up in a monotonous hot climate. When we were anticipating going to Fiji, I decided I wanted to learn to weave. In Nimble Fingers, a toy shop in Stillorgan in Dublin, I spotted a small children’s loom made by Spears. It was packaged in a small box – perfect to add to our packing for Fiji. Yes! Months later when we were finally settled in our house in Suva I unpacked that Spears box and I embarked on my weaving career. Weaving on that small loom soon lead to a wish for a bigger tableloom, which I could order from New Zealand. And months later I ordered a heavier floor loom from New Zealand. Finally I was set up to weave floor rugs. And I had sources in New Zealand for buying the necessary yarn and other supplies. I was becoming a real weaver.

The Fiji Arts Club, of which were members, had exhibitions several times a year. These were very popular events. I had joined this club partly because I attended a Tuesday morning outdoor painting group. An exhibition was coming up and for the first time they were going to include crafts. With fear and trepidation I submitted 5 rugs. Much to my surprise they sold like hot cakes! I was launched!! One person in particular was raving about my rugs. Jill was a popular artist and we became friends – a friendship which has lasted for many years. One of her paintings is hanging in our apartment here at Ida Culver.

Vikings established a number of settlements along the coast of Ireland.  According to today’s edition of The Daily Chronicle, the in-house publication here at Ida Culver Broadview, it was on July 10 988 when the Vikings first sailed up the Liffey and founded a settlement, which grew to be the City of Dublin.

Ten years or so ago in 2007  I followed the journey of the Sea Stallion and watched the ship sail up the Liffey to reach modern Dublin.  It was very exciting to watch the finale of this re-enactment of a voyage made almost 1000 years ago, the difficult voyage  from Denmark to Dublin.  We were part of a very large cheering and welcoming crowd. 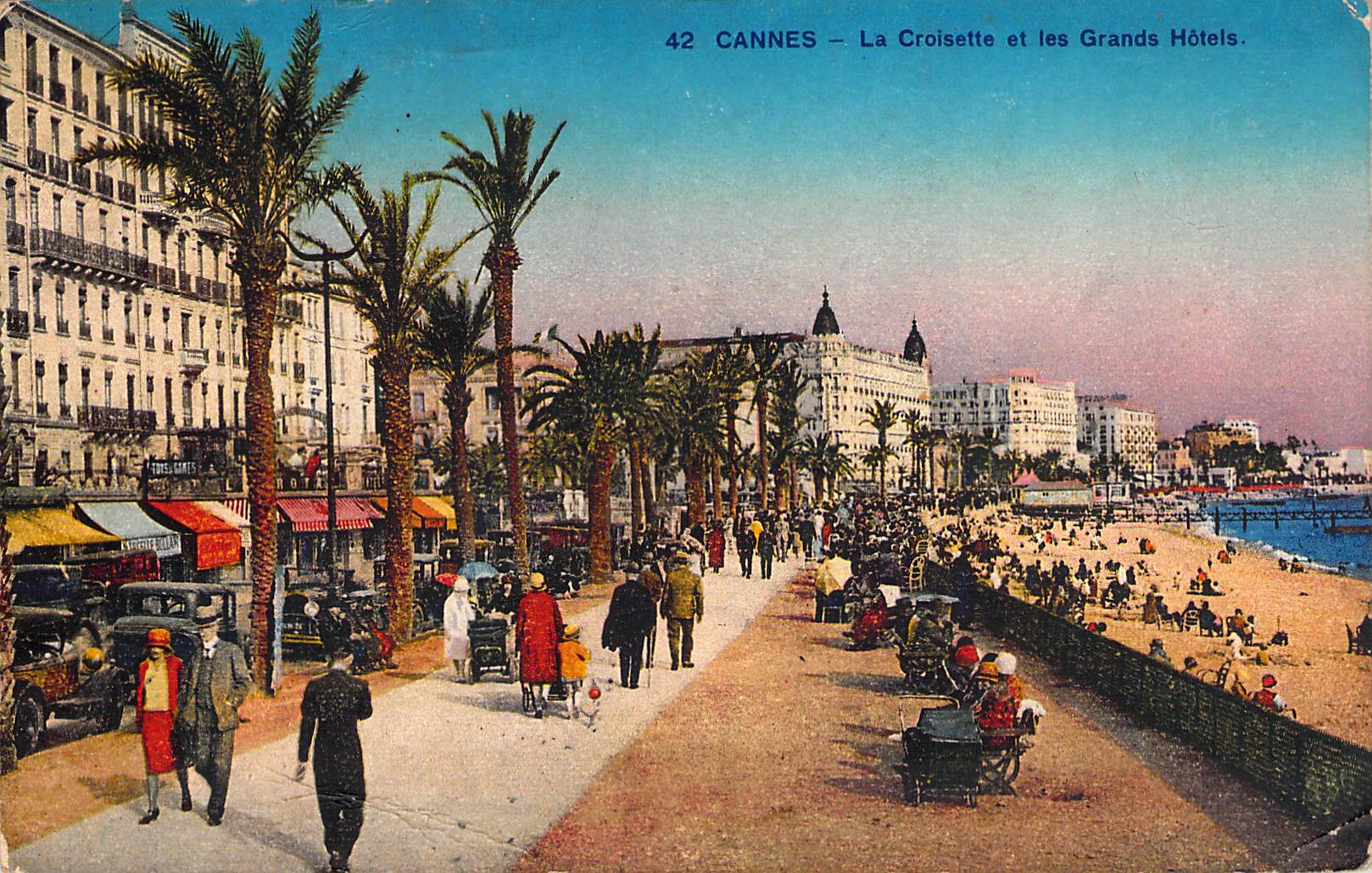 A postcard from the Cote D’Azur

posted to a resident of Belmont Park, Donnybrook, Dublin, Ireland.  I suspect I found this at one of the Dublin City Bookfairs.  I was probably attracted to the Belmont Park address – a flashback to my hometown address of Belmont Massachusetts.  The world shrinks sometimes.