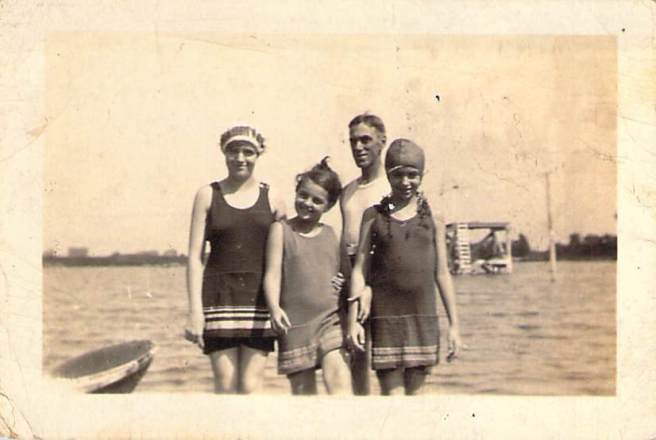 My mother and her sisters and their dad.  Omaha Nebraska? 1920’s 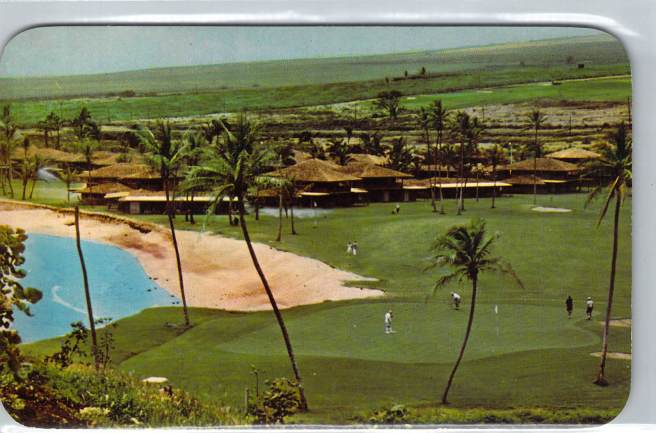 I wonder if my mother ever played this course.  She lived in Wailuku Maui on the other side of the island from Kaanapali.  The more modest Maui Country Club was closer and less spectacular.

Up bright and early for a good breakfast.  And then my mother set forth to find the American Express office.  She writes that she felt lonely and lost.  Here is what she saw – the East End, London Bridge, Tower Bridge, the Olde Curiosity Shop, Tower of London She spent quite a while touring the Tower before stopping for lunch in a Lyons.  She enjoyed seeing all the fancy goods in Fortnum and Mason.

(It’s not clear how much of the day was spent walking and whether they were in a tour bus part of the time.  They covered so much ground they must have been in a bus with stops at key places, e,g. the Tower of London and Westminster Abbey.  What threw me off was her writing that while waiting for the bus she walked around a bit.) 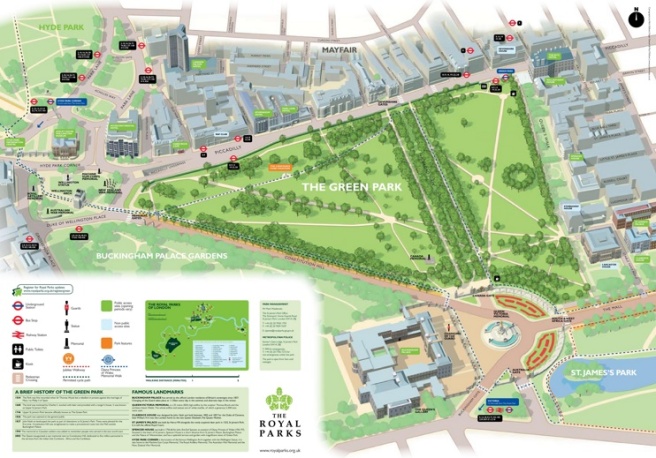 Most of the day was spent in doing the usual round of deck and gym activities.  Getting ready to land just after 6 p.m.Now we shift to land based activities.  She hated to say goodby to her many onboard friends.  She is very sorry the boat trip has ended and it takes a day or so to move on and enjoy getting acquainted with England via Liverpool and London.

She and Libby were met by a representative from American Express who took good care of them.  There was a boat train from Liverpool to London.  (A forerunner of my experiences 60 years later in the 1990’s of the boat train which carried Irish Ferry passengers from Dublin to Holyhead in Wales.  The train went to coastal destinations in northern Wales and and then in a southeast direction to England – finally arriving in London)

The rail trip was enjoyable – pleasing interesting scenery.  They arrived in London at midnight and again were met by someone from American Express who guided them to their hotel.  Very comfortable spacious room.  American Express had 3 letters for them.. 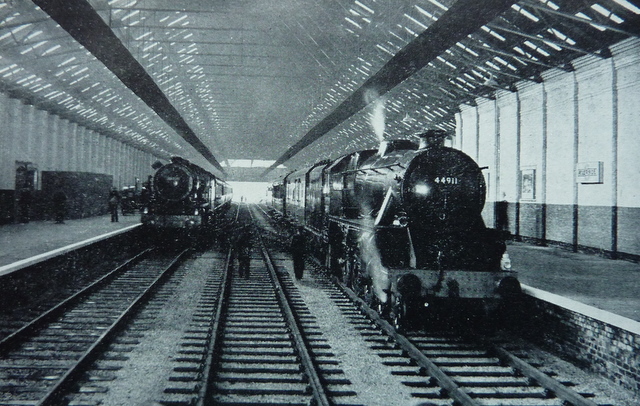 google image     train for a Cunard liner arriving in Liverpool 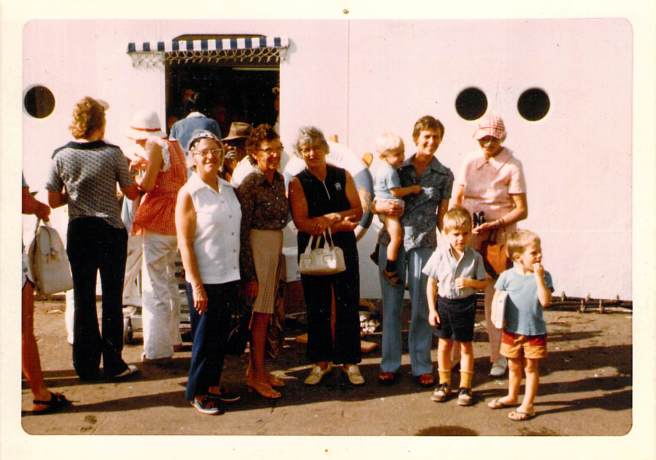 St Lucia, 1974    Libby the woman in the white blouse, my mother beside her

(and a third sister, the woman with the white handbag, Alice)

(And that’s me with the 3 little boys) 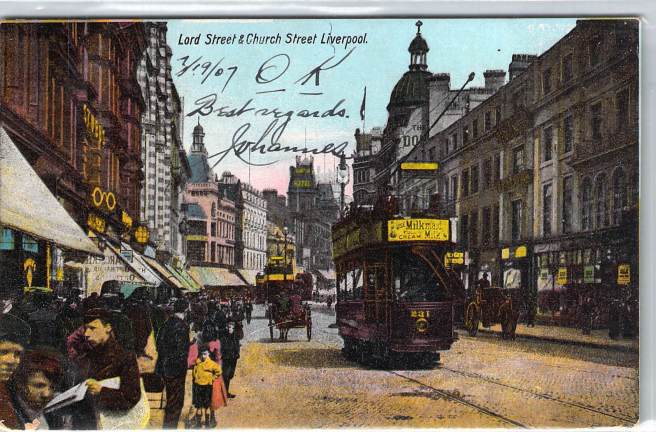 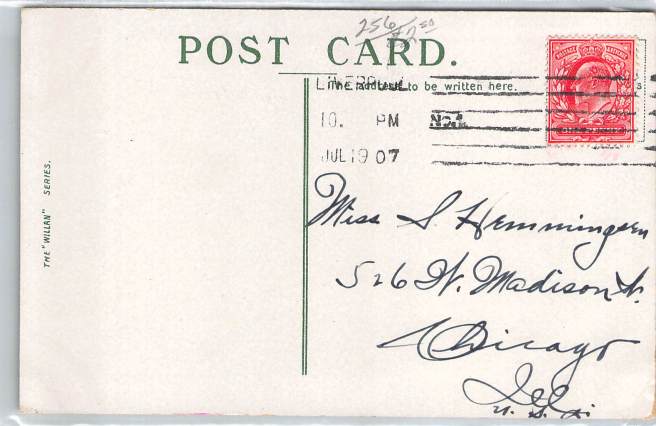 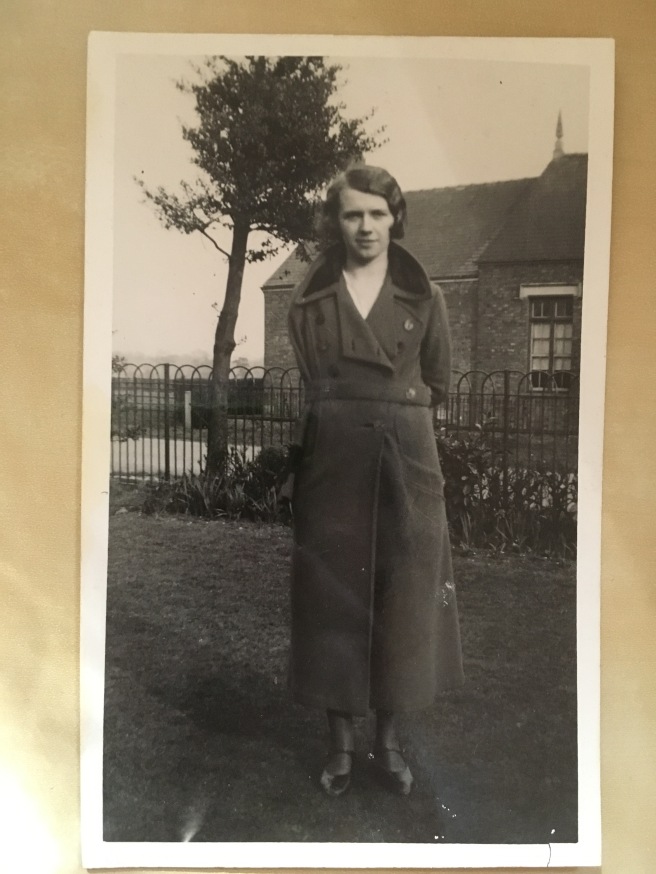 A postcard I purchased quite a few years ago at one of the Dublin City Bookfairs.  I thought the woman resembled my mother.  It disappeared for years, but today it unexpectedly  reappeared.  Hooray.  I still think the presumably English woman resembles my mother. 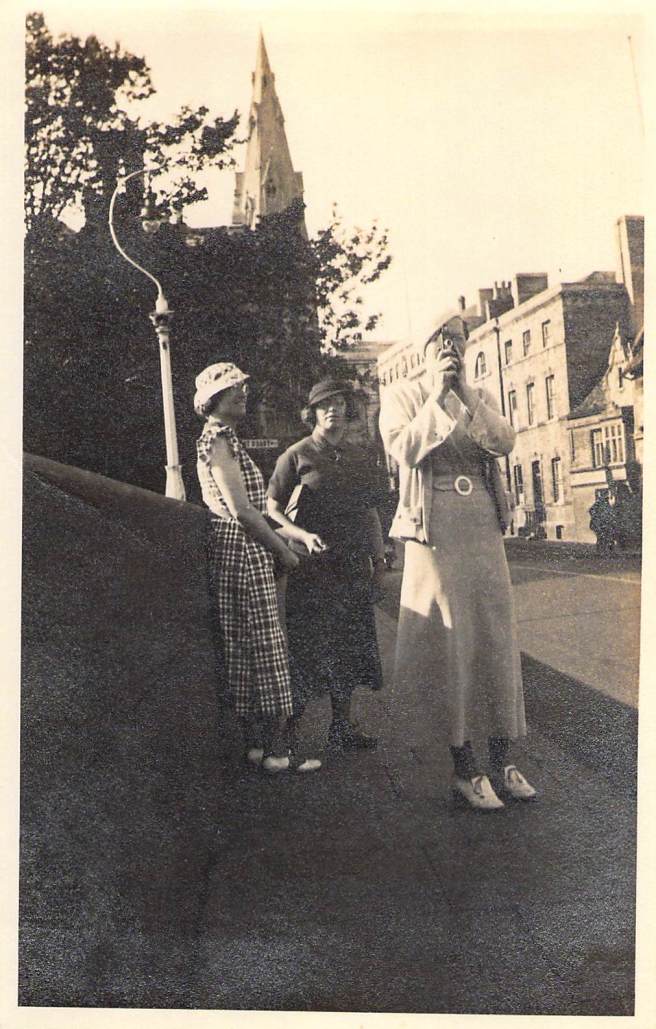 In this photo taken in Lincolnshire in 1934, the woman in the center is my mother (but before she married and gave birth to me) 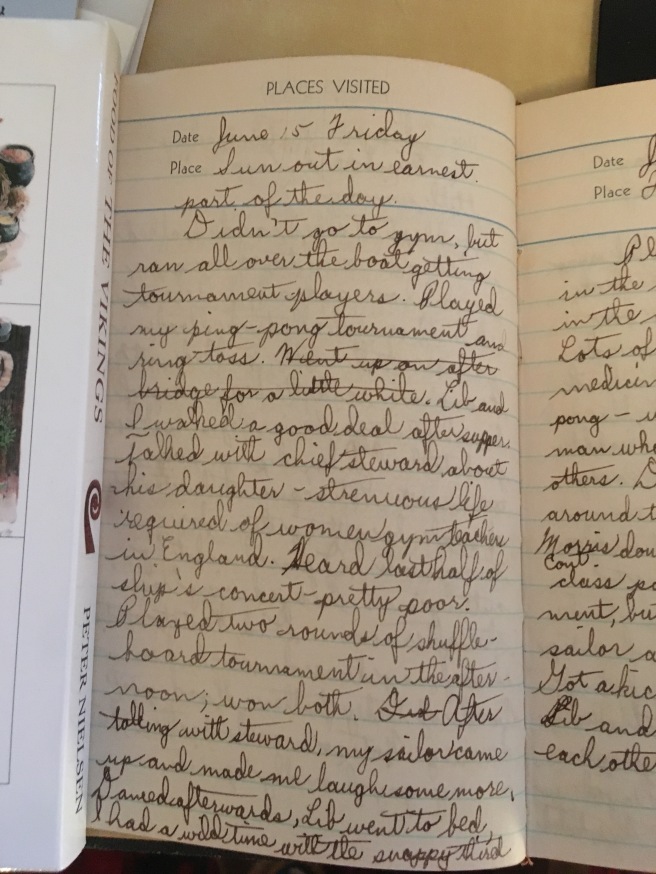 A better day – some sunshine.  She was busy getting participants for various tournaments and talking with various people, including crew members.  She played, and won, 2 rounds of the shuffleboard tournament.  After Libby went to bed she had a “wild” time with one of the crew. ( Hmm – is this my mother at age 22?) 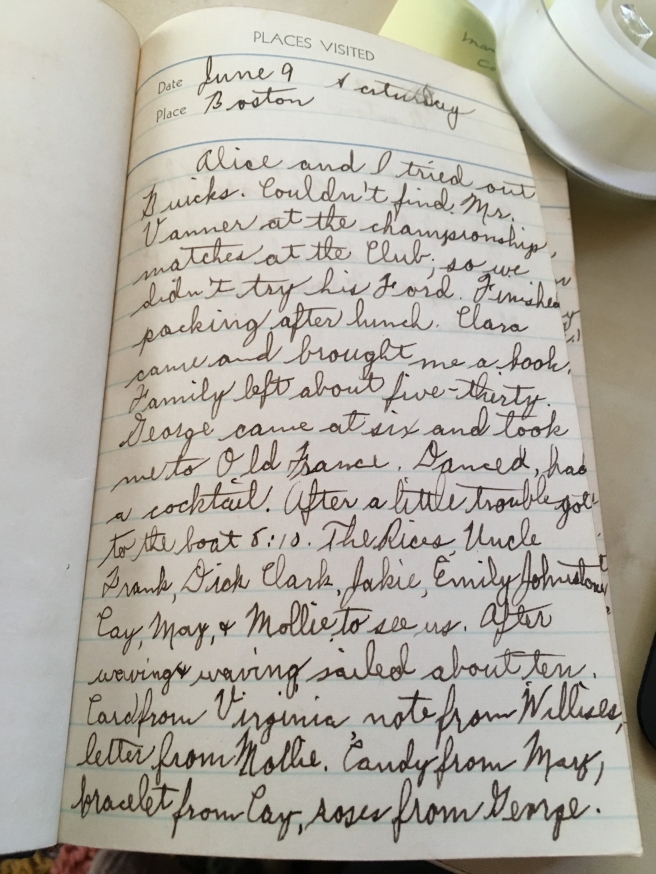 This is the first entry in my mother’s diary of her trip.  The day starts out with quite ordinary things.  She finished her packing after lunch.  Someone named George came at 6 p.m. and took her to Old France.  She danced, had a cocktail, and after a little trouble (unspecified) they got to the boat there in Boston at 8:10.  She lists the people who came to see them off.  And then she writes “After waving + waving sailed about ten”.  Then she notes the various gifts from friends, including roses from George.  She and Aunt Libby watched the lights of Boston as they sailed away.

There is another curious item about this entry in the diary.  She mentions  candy from Aunt Lena.  Lena is one of her father’s half sisters.  There is a family mystery about my grandfather’s half siblings.  This stirs me to dig a bit further to try to solve it. 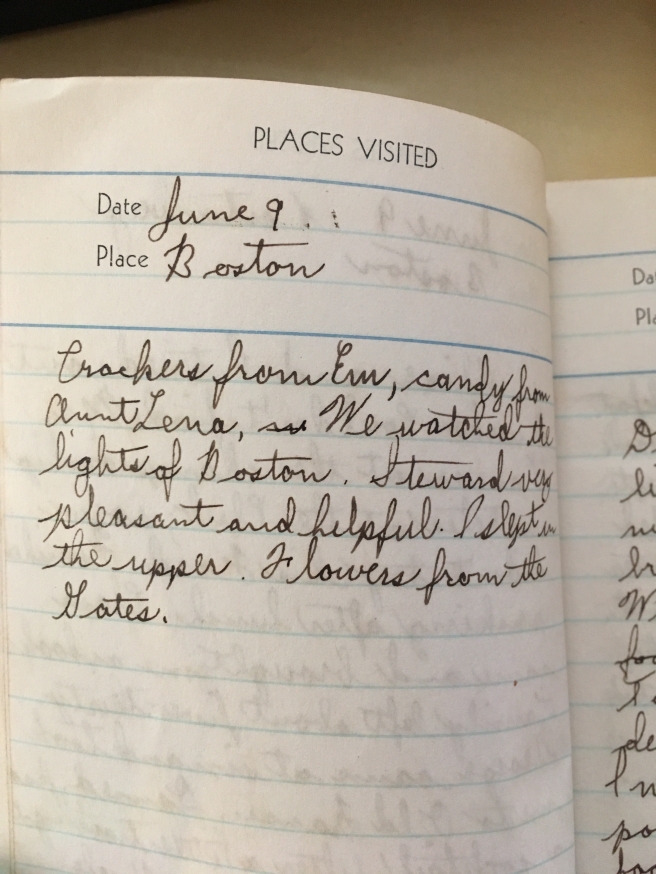 My mother and her sister and a 3rd out for a brisk walk – photo from July 1934, Crianlarich Scotland 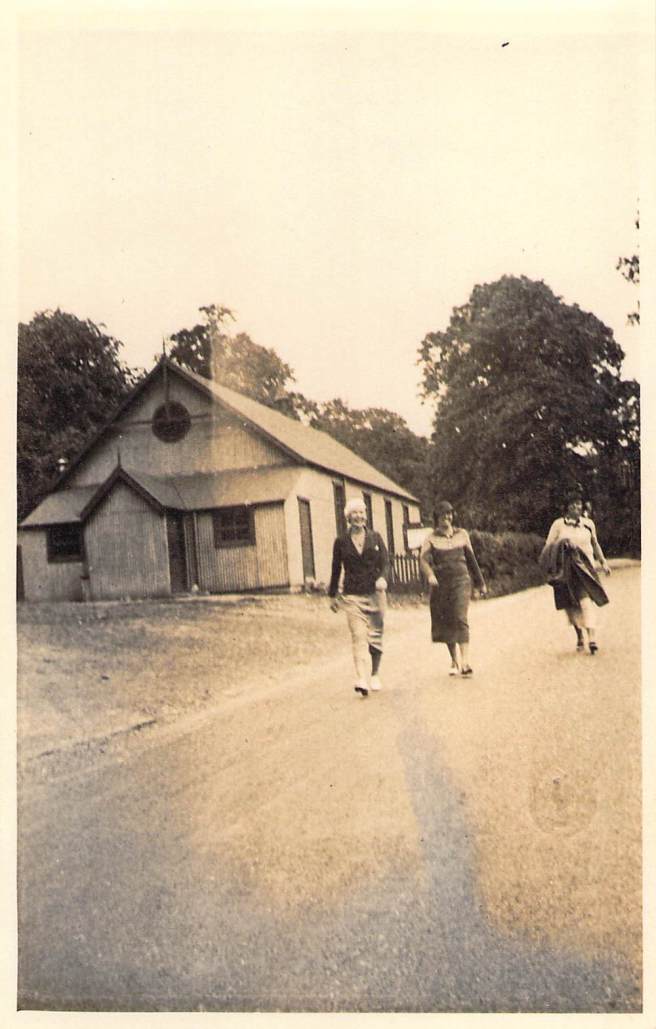 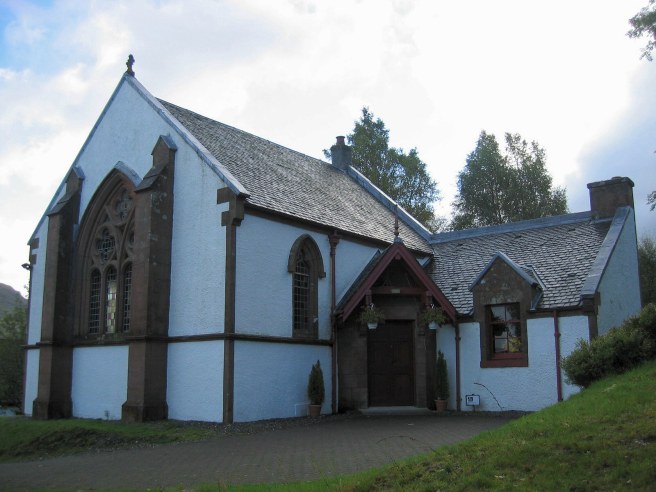 Church of Scotland in Crianlarich 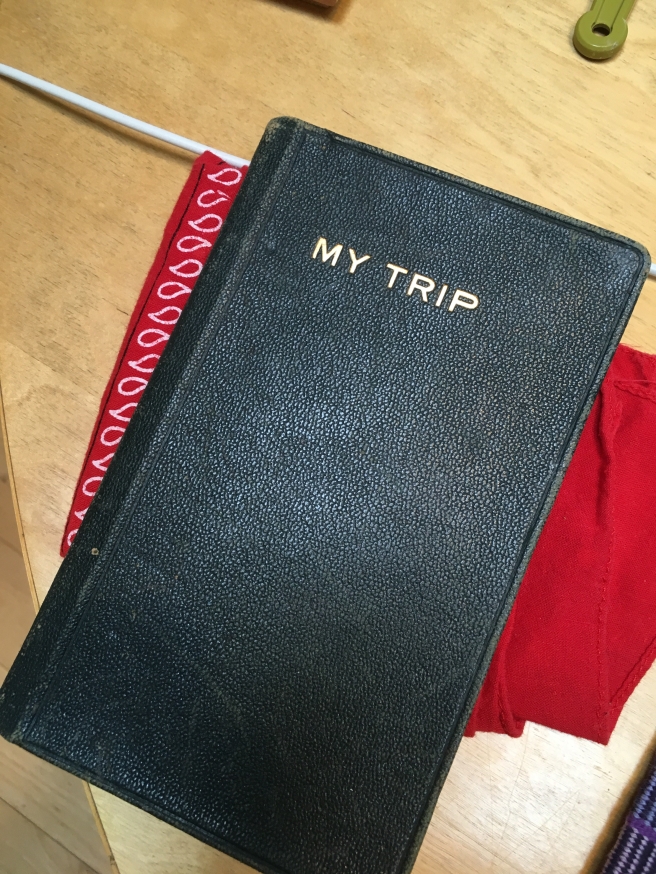 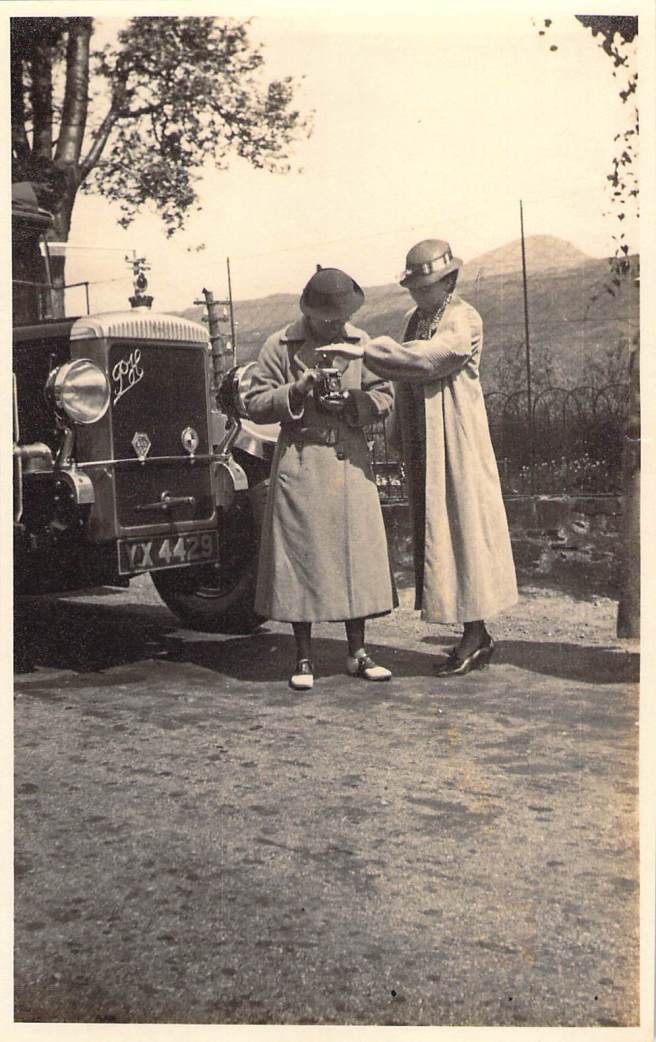