Here I am up at 5 a.m. to do some writing. The 300 word biographies are due today. I finished Ian’s a couple of days ago. Mine is somewhat incomplete. The first half is o.k. but the 2nd half needs to be altered. Instead of writing about my work experience I want to write more my other interests.

Nice as life was in St. Lucia, there were lessons learned in how to keep one’s spirits up in a monotonous hot climate. When we were anticipating going to Fiji, I decided I wanted to learn to weave. In Nimble Fingers, a toy shop in Stillorgan in Dublin, I spotted a small children’s loom made by Spears. It was packaged in a small box – perfect to add to our packing for Fiji. Yes! Months later when we were finally settled in our house in Suva I unpacked that Spears box and I embarked on my weaving career. Weaving on that small loom soon lead to a wish for a bigger tableloom, which I could order from New Zealand. And months later I ordered a heavier floor loom from New Zealand. Finally I was set up to weave floor rugs. And I had sources in New Zealand for buying the necessary yarn and other supplies. I was becoming a real weaver.

The Fiji Arts Club, of which were members, had exhibitions several times a year. These were very popular events. I had joined this club partly because I attended a Tuesday morning outdoor painting group. An exhibition was coming up and for the first time they were going to include crafts. With fear and trepidation I submitted 5 rugs. Much to my surprise they sold like hot cakes! I was launched!! One person in particular was raving about my rugs. Jill was a popular artist and we became friends – a friendship which has lasted for many years. One of her paintings is hanging in our apartment here at Ida Culver.

This is getting serious. An autobiography in 300 words is the assignment. I met someone who said she had written 330 words and the editor returned it to her. She gave it to her daughter to eliminate her excess words. Strictly 300 words or less is the rule/assignment.

So I will start again and eliminate all those random memories!

She came into this world in the final month of 1936. Born in Boston at New England Baptist Hospital, weight 5 lbs 11 oz. Taken home to Belmont in due course. A happy loving family – mother, father, an older brother and 2 older sisters; a comfortable home in a nice neighborhood. But when she was 12 years old her childhood changed abruptly. Out of the blue, her father died – it was a coronary thrombosis.

The family dynamic was changing. The 3 older siblings were now adults and were leaving to get married. The years passed and soon Janet left too. She went to Middlebury College in Vermont, graduating in 1958. She went on to Northwestern University in Evanston Illinois to earn a Master’s Degree in Urban Geography.

Her first job as a graduate was in Seattle. But it wasn’t too long before she returned to her native Boston to work for Arthur D. Little, a prominent management consulting firm. After 3 years, she transferred to the San Francisco Office. She could’t resist the lure of the University of California in Berkeley. She enrolled in 1964 to study economics. In 1966 she went to Kenya to do the research for her PhD thesis.

Shortly after arriving in Nairobi in August 1966, she met Ian, her husband-to-be. They married in 1968. From Kenya they moved to Dublin Ireland for Ian’s job with An Foras Forbatha, The National Institute for Planning and Construction Research. Three sons were born in quick succession.

This young family proceeded to roam the world because of Ian’s work. Two years in St. Lucia in the West Indies, 2 years in Fiji in the South Pacific, 5 years in Bangladesh, 2 years in Bhutan in the Himalayas, 1 year in Ghana in West Africa, and back to Kenya in East Africa for 5 years.

These 3 sons are now all married and we are blessed with 9 grandchildren.

That’s about 400 words and I haven’t written about my various jobs. Needs editing! 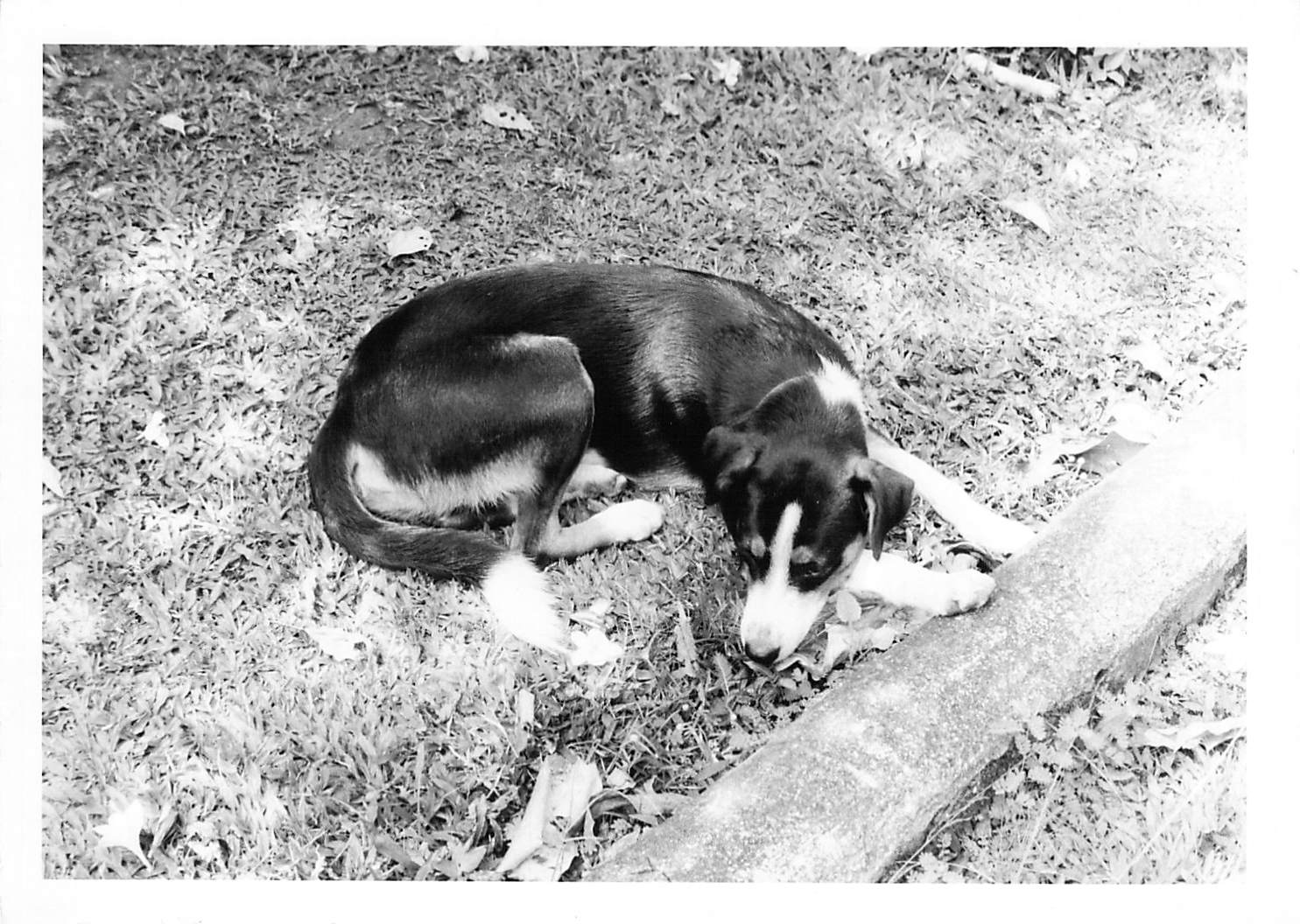 Grover – our Fiji hound.    A very loving dog.  He used to sit on the sea wall and wait for the boys to come home from school (Suva Primary) on the school bus.  He jumped for joy when they appeared – I think it was the highlight of his day.

We got this dog from the pound.  He was very frightened and shy to begin with but he soon proved to be a treasure.

I’m not really picking a favorite – that would be too hard.  But the dog pictured, Grover, whom we had in Fiji certainly was memorable for many good reasons.  A fiji hound!  He was full of fun – we loved him and he loved us.